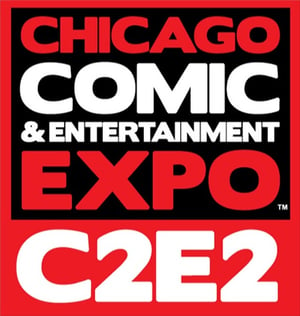 Since 2006, ReedPOP, a member of Reed Exhibitions Companies, has been hosting some of the biggest and best fan-based events across the globe. From Singapore to Sydney to Shanghai to Mumbai, ReedPOP has played a huge role in the explosion of comic cons in recent years. Chicago's C2E2 is no exception. The Chicago Comic & Entertainment Expo (C2E2) is a convention spanning the latest and greatest from the worlds of comics, movies, television, toys, anime, manga and video games.

C2E2 by the numbers:

Although C2E2 has a loyal following, year-over-year growth is always a top priority for any event. ReedPOP's marketing manager for C2E2, Eddie Raymond, says attendee acquisition was 2018's number one goal, which is of course why he chose Feathr, the industry-leading attendee acquisition platform.

Consumer/fan events are largely dependent on the popularity of speakers and exhibitors, so it's important to get the word out to fans about who will be at the event. C2E2's plan was to use Feathr's Ad Targeting module to run a variety of display campaigns focusing on the lineup of special guests booked for C2E2 2018, and timed to coincide with important registration deadlines.

How They Did It

Starting 5 months before the show, Eddie and his team ran 5 simple but information-rich display campaigns targeting C2E2 website visitors, optimized to convert registrations. The campaign creatives were all animated gifs, which are eye-catching and can fit more information than static images. The C2E2 campaigns were:

C2E2 2018 was a record-breaking event in many ways, thanks in part to Feathr's simple Ad Targeting module that allowed Eddie's small team to sell nearly 3,000 extra tickets with a minimal investment at an almost unheard-of $1.64 CPA.

If you'd like to see what Feathr can do for your events and see a personalized walkthrough of the platform, request a demo today. For more customer stories, visit feathr.co/customers.

“Feathr was amazing in targeting fans that checked out our page but didn't purchase a ticket yet. The whole team was absolutely blown away with the results we received this year.”
Eddie Raymond
C2E2 Brand Coordinator, ReedPOP 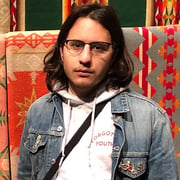 Book a time with one of our product specialists to hear how Feathr can help you achieve your marketing goals.