MHI is the largest material handling, logistics, and supply chain association in the United States, offering education, networking, and solution sourcing for members, their customers, and the industry as a whole through programming and events.

The association’s signature event is ProMat – a biennial trade show that gathers people from all over the world to see the best solutions and innovations in the manufacture and supply-chain industry and meet the leading providers in person.

In the past, MHI had contracted agencies to manage its digital marketing campaigns, which included some analytics, but there were issues with transparency and efficiency.


“With agencies, we weren’t getting data quickly enough to adjust campaigns on the fly, and there were too many layers between us and the campaigns. We chose to work with Feathr so we could have more visibility into what we were doing, while also getting the help we needed to run campaigns and create content at scale.”
- Carol Miller, Vice President of Marketing and Communications, MHI

For ProMat 2019, MHI decided to use Feathr Concierge, a managed services program that allows Feathr to help its customers set up their accounts, plan campaign strategies, design collateral and ad creatives, and launch and optimize campaigns.

MHI worked with the Concierge team at Feathr to run a fully integrated marketing campaign for ProMat 2019. They launched the campaign six months out and then ramped it up as the event got closer.

The overall strategy included some traditional touchpoints like direct mail and print ads, but it leaned more heavily toward digital. To maximize event registration and turnout, Feathr helped MHI implement, track and optimize a wide variety of digital marketing campaigns including:

As prospects became engaged with the awareness campaigns, Feathr implemented event feature campaigns focused on converting those prospects to registrants. ProMat is free to attend, so Feathr also ran upsell campaigns to help MHI generate revenue in other ways. 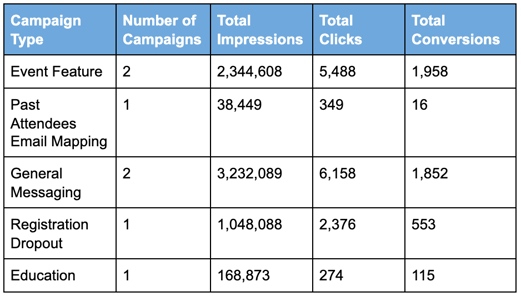 In addition to running all of these campaigns, the Concierge team also designed the creative assets – emails, ads, landing pages – and met weekly with MHI to do content refreshes as the event drew nearer.

The teams tested out a variety of designs and styles, including some animated ads to capture more attention. 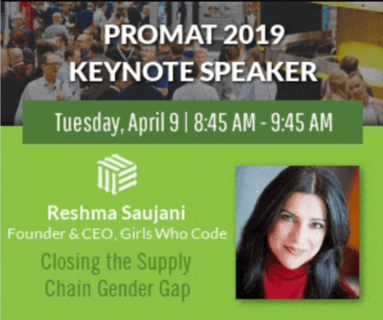 “Even though the creative was engaging initially, the sheer volume of exposure meant it was getting stale more quickly. Because of this, we had to change up our content frequently leading up to the show, and the Feathr team was available to help us make that happen.””
- Morgan Pettrone, Content Marketing Manager, MHI

ProMat 2019 generated the best results MHI had ever seen from one of its events. With the help of the Concierge team, MHI was able to get in front of new audiences, keep them engaged over time with fresh content, and maximize event registration and attendance.

Here’s a breakdown of the key results:

“We’re a small marketing department, so doing all of the digital for such a big show is difficult. Feathr helped us set up, run, and analyze our campaigns, move our budget around, optimize our creative content – and they kept us in the loop the whole time so we felt part of the process without the burden of too much work. The Concierge team is a nice in-between of doing everything in house versus getting an agency to do it all.”
- Morgan Pettrone, Marketing Content Manager, MHI

Book a time with one of our product specialists to hear how Feathr can help you achieve your marketing goals.